An Examination of the Fragility of Life
FIGHTING FOR PEACE IS LIKE FUCKING FOR VIRGINITY
Anonymous Marine, Iraq War
Fallen Leaves was a mixed media project consisting of a web art piece and two sets of photographic prints. I conceived of “Fallen Leaves” during the Iraq War, when I was studying the beauty of a dead, fallen leaf in my backyard. It came to me that there was no beauty in the deaths of all those who were dying in what I believed to be an ill-conceived war, and I decided to make an artwork from that thought.I made two print series, the first was hyper-magnified scans of fallen leaves printed in full size at over 60 inches. In the second print series, I burned onto the prints graffiti done by American soldiers in Iraq. Their words are tellingly brutal in their honesty.  In the web art piece (which no longer exists) the names of fallen coalition soldiers and Iraqis appeared randomly on the screen and fell as if they were leaves on a tree until they piled at the bottom of the screen. 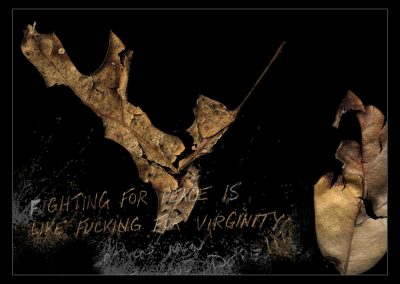 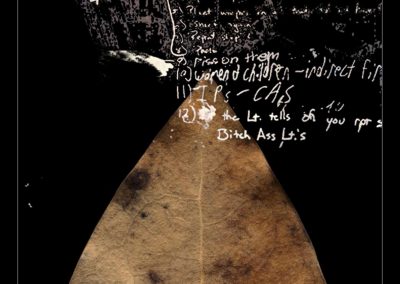 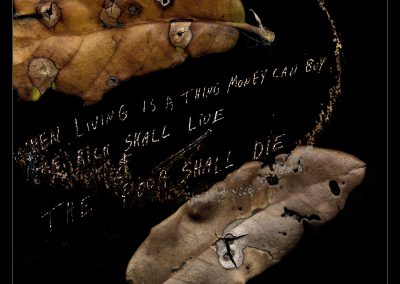 When living is a thing money can buy, the rich shall live 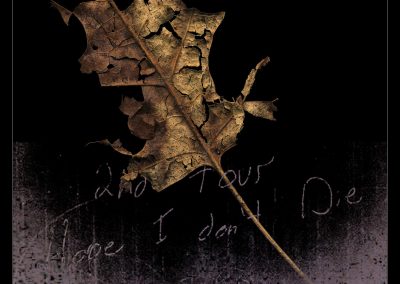 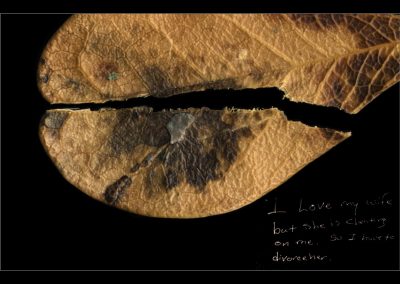 I love my wife, but she is cheating on me 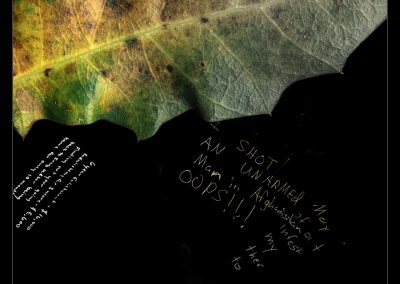 I shot an unarmed man in Afghanistan! OOPS! 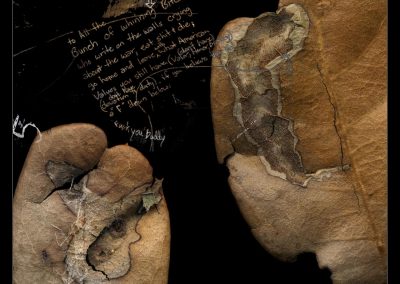 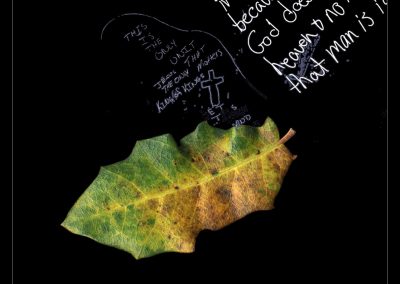 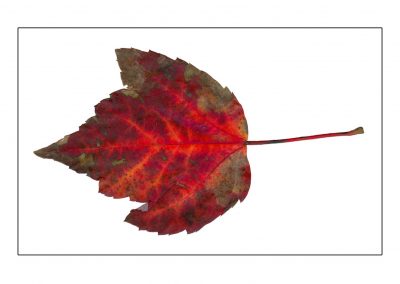 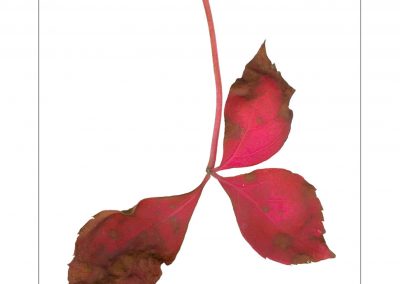 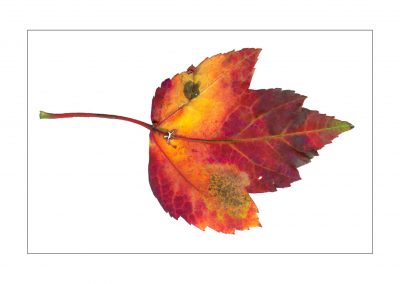 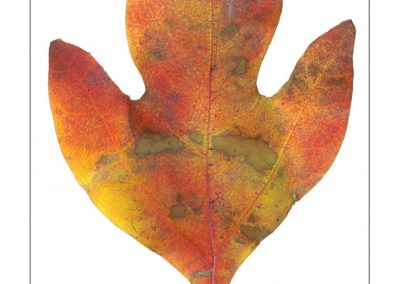 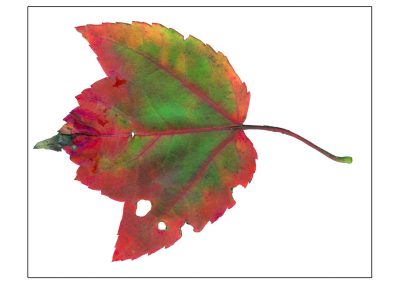 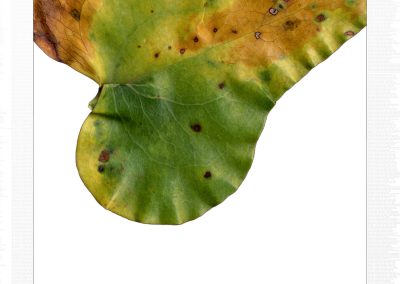